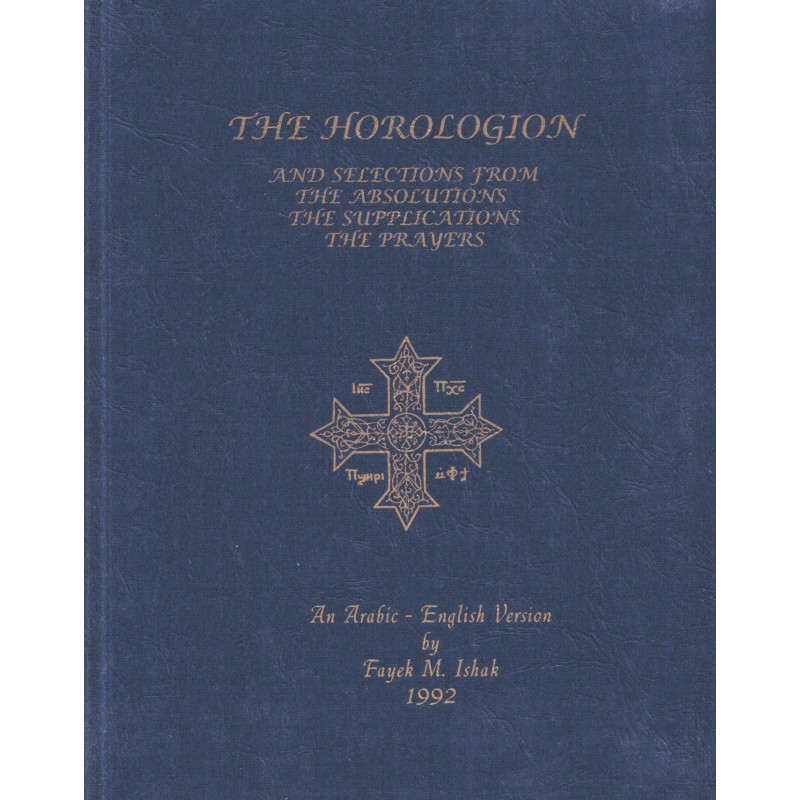 This is a bilingual edition of the Devotions, and Prayers of the Canonical Hours by Prof. Fayek M. Ishak.

This is a bilingual edition of the Devotions, and Prayers of the Canonical Hours. Basically of monastic origin, the rich heritage of selected Psalms, Gospels, Epistles, Petitions and Absolutions that correspond to the life and Passion of our Lord, was actually incorporated into Christian worship at first by the Church of Alexandria. It was then adopted by many churches in the west particularly in France and Italy in the early decades of the 6th century A.D.

Throughout the years it has become obvious that the origin of the Horologion which is deeply rooted in desert devotional supplications has kept this office of prayer and psalmody in its purest for in addition to the overall Officium of fasting, private prayer, night vigil, silence and contrition of heart.